Imazu lies on the east coast of the Itoshima Peninsula. Blessed with oceans, mountains and unspoiled landscapes, it is also an important historical area. From ancient times until the Kamakura period, Imazu flourished as a trading port and a hub of multicultural exchange. This prosperous era was followed by the Mongol Invasions (Genko in Japanese) which ravaged the area. The historic sites of Imazu are important cultural properties that cast a light on this period in time.

Starting in the 13th century, the tribes of Mongolia succeeded in creating the largest empire in human history, which stretched from the Sea of Japan to Europe. In 1271, Kublai Khan renamed his empire the Yuan, and he sent an expeditionary force to invade Japan in 1274. Unfortunately for him, the invasion was unsuccessful. After this, the Kamakura Shogunate ordered its retainers in Kyushu to build a stone barricade (Genko Borui in Japanese) in case of another Mongolian invasion.

The Genko Borui stretched 20km along Hakata Bay from Kashii to Imazu, but it was built in an amazingly short six months. Given the different methods of construction used along the wall, it is believed that different provinces worked on different sections concurrently. The Genko Borui in Imazu is a 3km section of the structure. Excavations were made in 1913 and it has since been partially restored. It is now preserved and maintained as a National Historic Site.


The Genkō Bōrui was typically 2 metres high and wide. It was packed with small stones inside, the seaside steep and the landside less steep. Shields and flags were placed on the Genko Borui and stakes were planted in the sea at irregular intervals. The second attack of 1281 was thwarted by a typhoon ( known as Kamikaze) and the Mongolians were forced to withdraw. Even after this, the stone wall construction continued, and remained intact until 1332.
Most of the stones that were used in the Mongolian Invasion were transported to be used for the construction of the Fukuoka Castle and these stones can still be seen today at the remains of Fukuoka Castle which is one of the stops on our Walking Tours of the City.
I am not a huge history buff but I found this area not only to be very educational but extremely picturesque.  It was a lovely day albeit a little cloudy but to stroll around the shoreline, in and around the black pine forests of the area was quite satisfying.  Combine this with an amazing part of Japanese history in the fact that were able to keeping the rampaging Mongolians at bay (many say the 1281 Typhoon was a divine hand by the Japanese god`s to protect their lands) has resulted in the Japan we see and love today.  If these efforts had been in vain, Japan would be a much different country today and one that maybe doesn`t speak Japanese?  Really mindblowing stuff.  Just enough English Signage so as to give you some basic facts and historical dates of reference.  This combined with your imagination of picturing wave after wave of ferocious Mongolian soldiers attacking the beach head from boats anchored offshore, should leave you satisfied at the end of the day.
Please click here to see the Mongolian Wall Fortifications on a map:
Please click on the pictures below to enlarge: 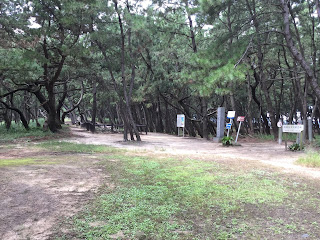 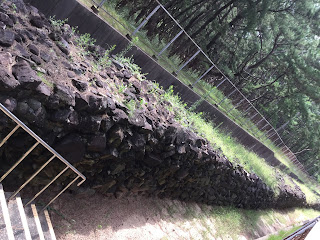 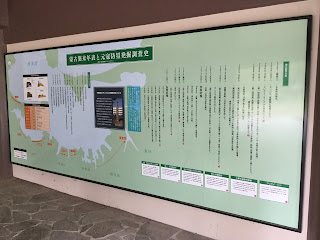 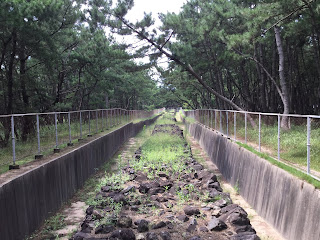 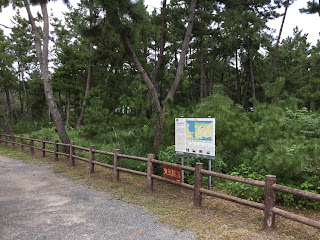 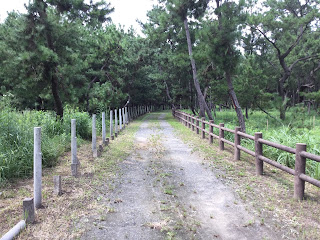 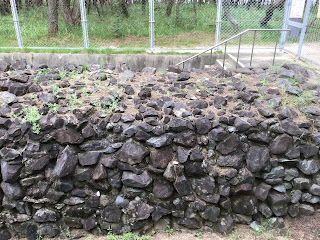 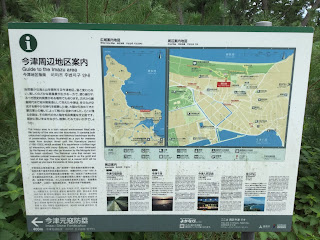 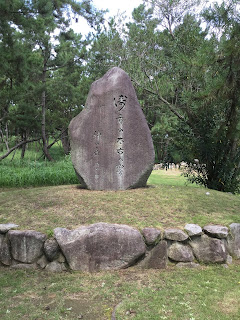 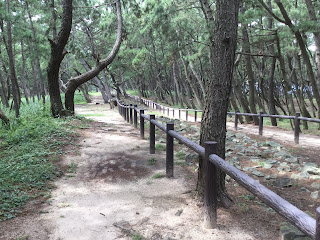 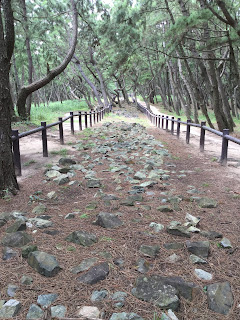 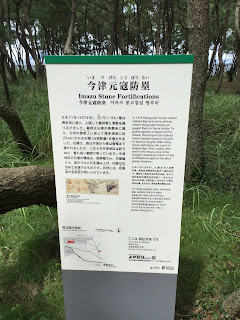 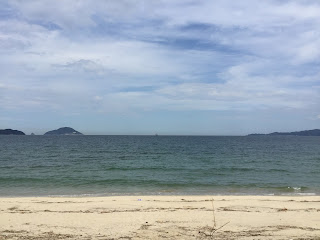 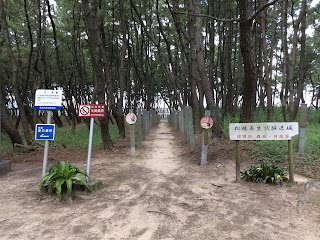 See more about the Mongolian Wall Restorations here on these videos:

Posted by Tour Nagasaki at 8:11 PM