Okunchi is the most famous festival in Nagasaki and one of the top 3 festivals in all of Japan.  It began as a celebration of autumn harvests in the late 16th century and became a shrine festival when Suwa Shrine was founded in 1642. Another purpose was to check for hidden Christians after the ban on Christianity.

This is still evident today in the custom of garden showing when the presenting neighbourhoods open up their homes to public scrutiny. One of the most famous performances of the festival is the Dragon dance which was originally performed on New Years Eve by the Chinese residents of Nagasaki.  From October 7-9 the presentations of the festival, which vividly reflect Nagasaki's colourful history, spill over from the three festival sites into the streets and create an atmosphere of celebration throughout the city.

Without a doubt, the locals of Nagasaki City, people living all over Nagasaki Prefecture and interstate and overseas visitors come from far away to check out the scenes, sights and tastes of Nagasaki during the special time of the year.  There are so many things to see and do that one will be throughly exhausted just by the decision making process of where to go and what to see, as is the norm with any major event.

I was lucky to be in the right place at the right time when i was passing through Chinatown and there was some practise going on with one of the teams.  Although the real event is much more spectacular I was throughly impressed and excited to witness the members going through their moves. 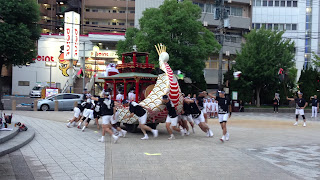 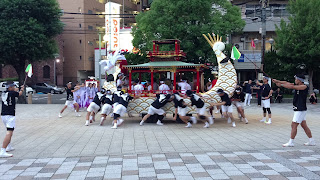 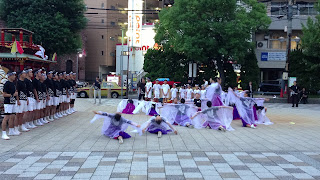 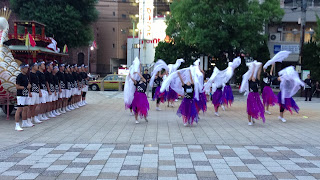 Here are some videos below to check out Okunchi for yourself:


........and when you get tired of watching the magical entertainment all around you, of course you want to put your feet up so to speak and sample all the delicious and amazing foods that Chinatown is famous for!  The you are in luck, a plethora of restaurants are all around and food like this is not only delicious but very reasonable as well. 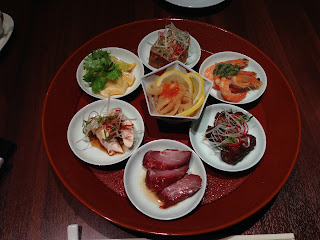 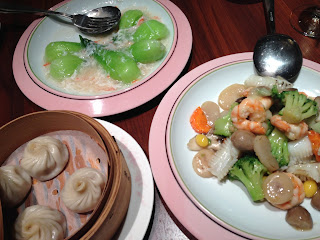