The Omura Park Shrine in Nagasaki was founded in 587 but the present main building of the shrine dates to 1705. The Botansugi (Japanese Cedar Tree) behind the main building is considered sacred and said to be 1000 years old.  It has been designated as a national natural monuments.  According to legend, the tree top is said to shine at times of emergencies, thus because of this the tree is also called an Eternal flame.

The entrance to the Shrine is simple yet with the Shrine built on the ruins of Omura Castle it has a strong historical connection .  Also, there is something about walking through many brightly coloured red torii (gate entrances) that puts you in a trance like state.  For me there is something magical, as if I have stepped back in time to the 17th or 18th century.

Because Omura Park is built on the ruins of Omura Castle the walking paths are numerous and extensive.  I could walk for hours and hours and still not be able to locate every area of the park.  At certain times of the year Omura Shrine is inundated with tourists and visitors, the Spring Cherry Blossoms and June Irises are not to be missed.

Well worth a look!

Check out Omura Park Shrine Nagasaki on a map! 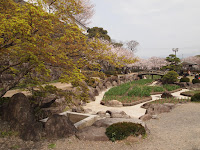 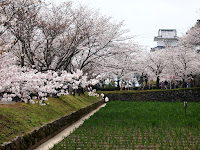 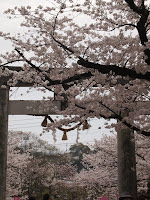 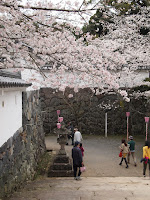 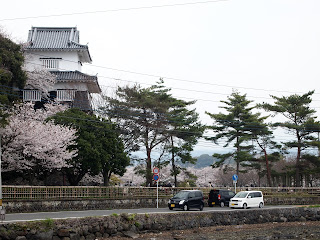 Posted by Tour Nagasaki at 7:44 PM