Approx. 400 years ago, in 1616, a group of Korean potters, led by Yi Sam Pyeong, discovered porcelain stone at this location in Arita Town and became the first in Japan to successfully fire porcelain.

The porcelain production, which began around the beginning of the 17th century and grew exponentially, consisted of Koimari wares which fans of early Imari wares with their sooth surfaces and antiques just had to have that also enchanted the royals and aristocrats of Europe. It all began here, at the porcelain stone deposit discovered at Izumiyama. For that reason, Izumiyama can certainly be considered a treasure trove.

Nowadays the quarry is not in operation and has been partitioned off with a fence but tours are still held here. This is a spot which shouldn't be missed by pottery enthusiasts, as you are sure to capture a sense of being in the cradle of Arita-yaki.

At the quarry today hardly any productive operation is done but the appearance of the mountain and its breathtaking scenery coupled with its long and productive history really is an awe inspiring place that even non pottery fans will agree is very special indeed.

I arrived at Izumiyama late in the evening on a cool early autumn day, the weather and the backdrop of the extensive quarry definitely had a strong and powerful effect on me.  I am sure anyone who actually has a pottery background will be able to feel this vibe and have a long and lasting memory of this place.

A great location for everyone to enjoy.

Please click here to see the Izumiyama Quarry on a map: 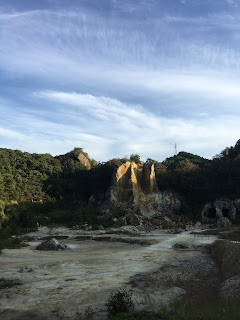 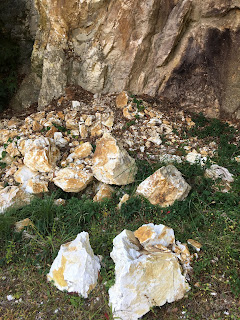 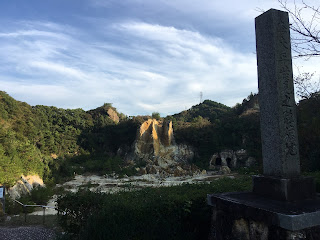 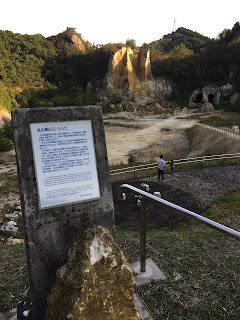 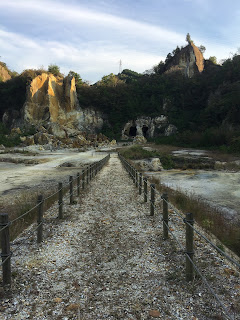 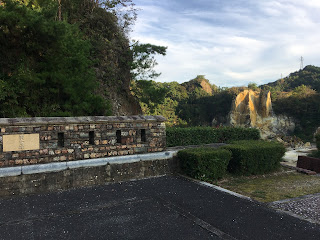 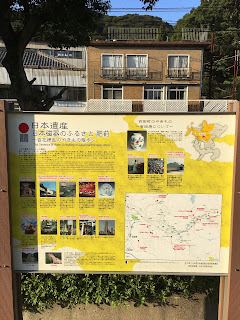 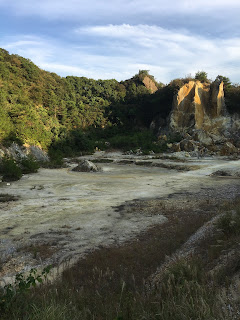 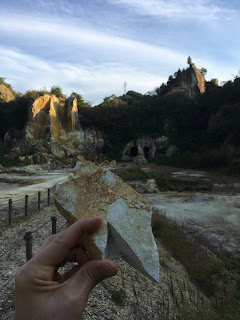 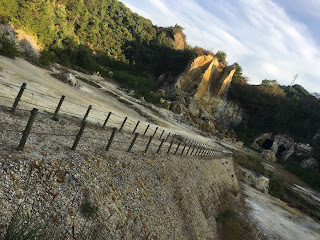 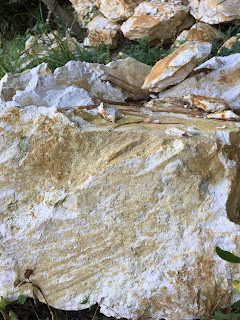 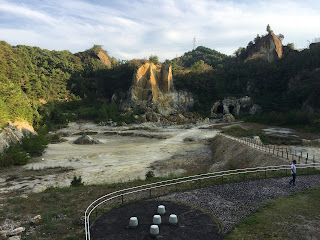 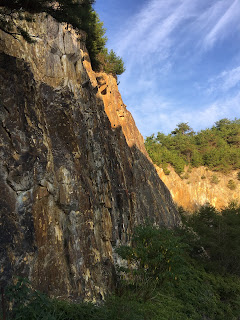 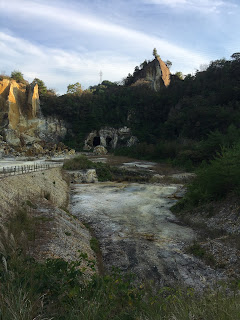 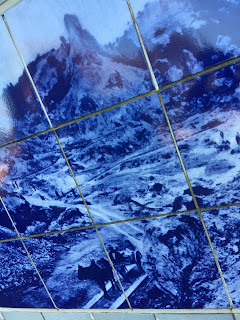 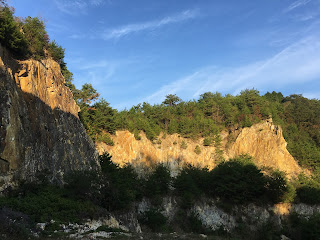 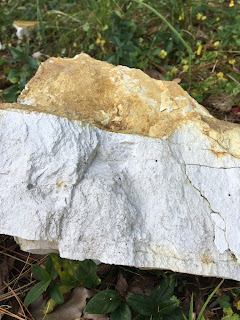 Please click on the videos below to see more about the Izumiyama Quarry in Arita, Saga Prefecture.

Posted by Tour Nagasaki at 11:06 AM No comments: