Doctor Nagai`s Nyokodo is an amazing place that details and presents the life of a man who dedicated himself to science and in a matter of fact humanity.   In June 1945 (approx 2 months before the atomic explosion) Dr Nagai was diagnosed to be suffering from Leukemia as a result of being exposed to radiation through his research and only given a short time to live.

Doctor Nagai, in spite of having been exposed to the bomb continued working to help other bomb survivors until his death at the age of 43.  After the bombing of Nagasaki (which destroyed his house killing his wife inside) friends built a tiny 1 room shack for him and he lived in this tiny house with his two children.  Dr. Nagai was a devoted Catholic and he named the house "Nyokodo" (literally, Love others as you love yourself) in honor of the teaching of Christ.  Even as he lay in his sickbed in the house, he wrote a number of inspiring works such as "The Bells of Nagasaki" and "Leaving These Children Behind".

In the hope that some light might be shed on the shattered lives of children in the wake of the bombing, Dr. Nagai built a small reading room.  This was expanded into the Nagai Library after his death, and was later renamed the Takashi Nagai Memorial Museum to commemorate his unbreakable spirit and his inspiring achievements.  On display are some of Dr. Nagai's possessions, drawings, writings, related photographs and his personal story of his life and ultimately his death in 1951, some 6 years after his diagnosis when in fact he only had months to live shows his remarkable struggle to continue his ground breaking research, build up his literally achievements, spread the word of God and most of all care for his children who had already lost their Mother in the atomic explosion.

Apart from the Nagasaki Peace Park, this is the only other place where I have been reduced to tears of sorrow.  The life of Doctor Nagai must be celebrated and rejoiced as it is a story of love and compassion for ones fellow man.   The Museum is a real tear jerker but well worth it as it makes you realize what is really important in life.

This site is such a specific location that it is usually missed on everyones radar.  Every now and then I will get a request to see this amazing place and others with specific relevance to Christianity.  It is only possible to find these places by Private Nagasaki Tours and or by Taxi but the lack of English spoken by Taxi Drivers in Nagasaki can be a problem.

Click here to see Doctor Nagai`s Nyokodo on a map: 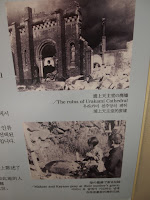 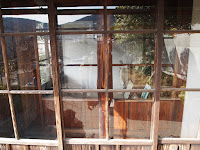 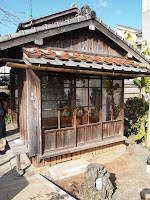 Click here to see more of Doctor Nagai Nyokodo Nagasaki on a video:

Posted by Tour Nagasaki at 6:29 PM No comments: