Onokoba Elementary School Nagasaki is one of the more haunting figures on the Shimabara Peninsular.  It is the wrecked site of the former school which was destroyed by a pyroclastic flow in 1990.  All that remains today of the interior is twisted metal and glass but the basic structure of the school is intact and was left as a reminder of the disaster.  A new Onokoba Elementary School has been built in its place albeit in a new location.

A small Museum was built next to the school and exhibits some pictures and explanations about the eruption.  It also has an observation deck with views of the volcano peak known as the Heisei Shinzan dome which was formed when the mountain exploded 20 years ago and  raised the height of the existing mountain by well over 100 metres in height.  The Museum although not huge is well represented with pictures and information about the conditions at the time and the consequences of the eruptions.  Not much English documentation but the sights and scenes do more than enough to convey the end results.

There is a eerie silence and disturbing feeling when walking around the site.  Its as though one can feel the power and destructive force of the volcano which is now dormant but at the time destroyed everything in its path.  A must do and must see when in the area.  I guarantee you won't be disappointed by what you will see here as positive comments galore have been garnered over the years regarding this location.

Come and see Onokoba Elementary School Nagasaki on a map! 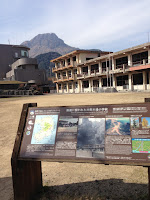 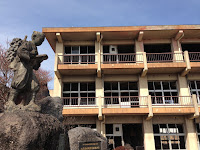 Here are some videos of the Onokoba Elementary School Nagasaki for you to check out: